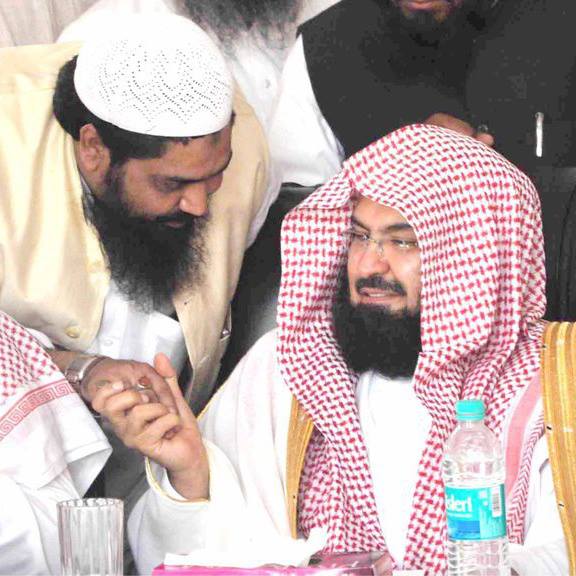 “Nothing is more important than the unity and integrity of our nation. India is indivisible. Secularism is the bedrock of our nationhood. It implies more than tolerance. It involves an active effort for harmony. No religionpreaches hatred and intolerance. Vested interests, both internal and external, are inciting and exploiting communal passions and violence to divide India. Answering communalism with communalism will only help these subversive and secessionist forces. The combined might of the people and the government will thwart their designs.There is only one India. It belongs to all of us.”

Hakeem Ayaz Uddin Hashmi is one determined Muslim who is doing everything in his capacity for betterment of his fellow Muslims. He has influenced many educational institutions in and around Amroha, Uttar Pradesh to provide free education to not only Muslim but girls from poor families from any religion. He says why they cannot have the right to go up in life by gaining higher education. He spends a lot from his own pocket even. But this task is a real uphill tough task to be accomplished. He regularly appeals to such people who by the grace of Almighty are rich. He appeals to donate with open heart for poor students and poor people. He is working on a number of projects for employment of Indian youth, education of boys and girls and an old age home for such age-ridden men and women who are abandoned by their families in their final days. He says I need a lot of support from those who know that God is supreme and in his name they should properly jakaat and donate for well-being of humanity & Islam.